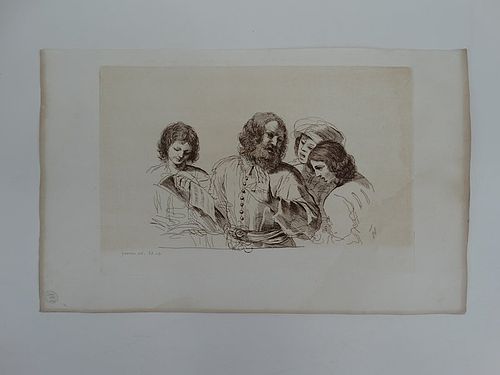 Guest Book
$1,500.00
13"x21" AskArt Bio: Giovanni Francesco Barbieri was called Guercino which means "the squint-eyed." He was born in Cento, Italy in 1591. He displayed precocious talent as a child, and studied under several local masters. He then went on to Bologna and received instruction from Cremonini and Gennari. He also visited Venice, Ferrara and Rome and in the latter city enjoyed the protection of Pope Gregory XV until that Pontiff's death in 1623, at which time Guercino left Rome and established himself at Cento, where he remained and worked for the next twenty years.
Similar Items from this seller